The Autobots and Decepticons are not just toys for kids, they are a multi-million dollar CG Nation for fans of Transformers around the world!

Saturday was Milwaukee's own open call (cattle call -as they are called) to be an extra in Transformers 3 the movie. Transformers 3 will be filming at the Milwaukee Art Museum for two days in July and they were looking for 100 some odd extras to be trendy business executives for the film which will be released a year later in July 2011.

Thousands of people from Milwaukee, Chicago, Minneapolis, and surrounding other states showed up to wait in line for hours in 90 degree piercing sun. Domino's pizza sold pizzas to people waiting in line, smart locals carried bags of water bottles to sell to parched hopefuls. Everyone desiring that 15 seconds of fame as a background artist in the movie. I went, and I waited....yes, I waited in line for 5.5 hours with my trusty umbrella for shade, company and fellow auditioner John, and a Nalgene of ice water as we slowly creept (me barefoot-you try wearing 4" heals for 6 hrs without a place to sit) up 4 full city blocks. All towards that sacred moment in front of casting.

That moment...yeah...well it consisted of filling out a sheet of paper with your statistics (Ht, Wt, Age, measurements) and taking a snap shot with another person. You were in and out of the actual casting within 15 seconds.

Truth be told, this is the way most if not all open calls I've ever been to go and if you don't like that, don't even kid yourself that you'd have fun on set. On set as an extra, you hurry up and wait the whole day. You're not allowed to take pictures with any famous actors or directors and most often are corralled away from them anyway. You repeat the same walking/laughing/clapping/screaming/standing/sitting/looking pattern over and over for 8-14 hours. And NO you are NOT allowed to have your cell phone with you to text, sneak shots, or do email while on set. You simply stand and wait....just like you did to get the Extra role in the first place. There are no perks (unless you're a professional actor hoping to get your SAG card), and you're definitely NOT treated like a celebrity. Sounds boring right? Honestly, I can't lie--I still love it! I love everything about being on a set, camera, lights, ACTION! There is a thrill for me doing work, that never feels like work.

So why not sit in line for nearly 6 hours? Some may call it crazy...I'm a bit demented I guess, because I thought it was fun. We chatted with other people around us, and played trivia on our iPhones. I will say this though, there were many people there talking about how this could be their moment of fame, they might get paid a lot of money to become rich and maybe even become the next Shia Labeouf. I hate to break it to you, but our biggest hope if you are cast as an extra, is that the scene makes it on screen..and if it does, the only transformer character role we'll get is, "Extra-bot".

The moral of the story is this: Don't be Decipti"Conned". If you're doing something to be "famous" or in hopes of getting "discovered", most often, you're there for the wrong reasons in my opinion. Life, TV, the Movies, they are all about the experience, and having fun doing something new and exciting. So enjoy the loooonnnngggg wait...it's worth it if you love what you're doing!

And maybe,...just maybe, you'll be the one in a million who can say they've been in a blockbuster movie. Good luck to the thousands who auditioned!

My love of music started at an early age, and has continued to be a favorite story of my mother's to tell. I HATED swimming lessons. Many reasons hindered my love; It was early in the morning, it was in a freezing cold lake, and green algae commonly squished between your toes in certain areas of the lesson space. Although I was relatively shy as a child (surprisingly true), I was also quite resourceful when need-be. My favorite play was "Annie"-- I had every song memorized! So to avoid getting in the water, I would stand on the dock and sing to my class 'The Sun will Come Out Tomorrow'. Growing up in a small town of 600 people, you can imagine how often I've heard that story retold.

Singing was always a shy love of mine. I loved all music growing up including; taking piano lessons, singing in a church choir, school choir, vocal competitions and eventually singing on the Miss America stage in Atlantic City in front of 6,000 people and at a Twins Game.

knew that singing in front of people, was actually my biggest fear. My choir teacher, Miss Starr and my mom knew. I would never allow anyone in the room to watch a competition and most often if anyone was coaching me, I would have them not look at me. This fear was so physically strong for me and one I fought so hard because I loved singing, but was barely was able to overcome that fear. I would shake, nearly cry, lose my voice, be completely off key, and often just lose control of my body. Many people say they feel this way when they have to do public speaking. My mom never pushed me, she just wasn't that type of parent, however, she would constantly give me positive encouragement and try to instill confidence in my ability. To this day, I fully recognize I'm not a fabulous singer, but I can carry a tune.

Recently, I wanted to rediscover my musical passions and purchased a piano. After doing so, my friend Christine asked, "Should you require your child to stay with a musical instrument even if they don't like it." I really wanted to throw that out for all of you to advise her. Personally, I feel had Mama O' not pushed me to continue practicing piano when I hated it (No one likes practicing), and had she not continually encouraged me to believe in my singing, I never would have become Miss Minnesota. And without the musical training of piano, singing is that much harder to read music and stay on tune. I am grateful for having great supportive people in my life because the truth is we all have fears, and we all have areas we lack confidence and it takes special people (parents. teachers and friends) to push you a little because they know the benefits it will give you later in life - some that may even surprise you!

Maybe the trick is finding a) Something they love and b)An instrument they are naturally good at. Give them a time frame to be committed to practicing and learn it, perhaps a year? And then if they still hate it, find something else they are good at. I think music education benefits everyone in more ways that the obvious, and often times I hear adult friends saying "I wish" when it comes to piano, guitar, and singing lessons.

Weigh in with your thoughts and personal story to help Christine and her daughter make this decisions. Her daughter cries every time she has to practice piano. What do you think, "Should you require your child to stay with a musical instrument even if they don't like it?"

Posted by Tiffany Times at 10:15 AM No comments:

Today we had the Sleep Wellness Institute on the show and chatted about Neurofeedback and Project Brain Harmony, as well as the irresistible power nap. I've often said, I must have been a cat in my former life because I LOVE to sleep, all day if possible. Throughout the day there are times I feel like I'm drugged and the need for a nap attacks me inappropriately without choice. In fact, when I was 17, I couldn't drive longer than 45 minutes without pulling over to take a nap or I'd fall asleep at the wheel. SCARY! That has since changed, but it's evident that I have been seriously sleep deprived at periods throughout my life.

Mark Stoiber from the Sleep Wellness Institute told me that if you start dreaming immediately upon taking a nap (which I do) you're sleep deprived. Crap! (But to no surprise since my ass of a nocturnal cat meows incessantly from 3am-5:45am even audible through earplugs.) That got us asking him about when you fall asleep and feel awake but cannot wake yourself. It'soften accompanied by a feeling of people (ghosts, aliens, levitation, intruders, or visitors) around you. I HAVE THIS ALL THE TIME! However, it's always during a nap, not evening sleep. Have you experienced this???

It's called "Sleep Paralysis". It's a scientifically explained phenomenon where you are still in REM, but seemingly experiencing all your senses as though you're awake because your body and brain momentarily disconnect. Here is a medical explanation of Sleep Paralysis, and click on this for a cross-cultural creepier explanation with all the folklore versions.

I've experienced the sleep simulated levitation feeling, the aliens scare, the ghostly presence, as well as the feeling of random visitors walking around me while I simply cannot wake up. Tell me your story...we all apparently have it. Is it science or supernatural in your mind?

Posted by Tiffany Times at 11:43 AM No comments: 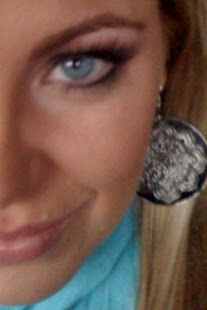